Josh Blaylock is known in comic book circles (read: people like me and my friends) as the figurehead behind Devil's Due Publishing and has been pretty direct about the woes associated with that business. Blaylock's go-getter attitude has kept him afloat-and dare I say rivaled the success-of DDP and none is more apparent that the launch of his recent T-Shirt line. PopCultees is for the renaissance nerd; pop culture abounds with Blaylock's new company. I got to chat with Josh about PopCultees and other things - read on and learn how to win a FREE POPCULTEE TSHIRT !!!! WOW!!

JOSH BLAYLOCK: I actually have roots in the apparel business. In a very real way without that I would never have brought G.I. Joe back in 2001. I helped launch those 80s cartoon retro shirts back in the late '90s that kicked off the craze in Hot Topic, Gadzooks (remember THAT place?), and a million others. I was only 21 years old and it gave me the experience in licensing to pursue my true passion at the time which was comics. While working for the apparel company I was driving all over the MidWest hustling black and white comics at conventions.

Other than that, though, 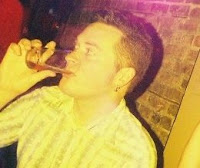 I wanted a great, simple way to build a business around fun topical stuff that I'd enjoy working on. When Joe Song was down to contribute to the artwork and help run this thing then we were off to the races. It's still extremely small but that's how these things begin. It took us a while to get set up with a local printer, get our terms in place, etc., just like anything else. The hangtags are in now and they look great.


MEB: Does this site relate directly to your PopCult company with Christian Beranek?

JB: PopCult is a creative solutions company (we just did the redesign for iCv2 for example), which CB is a collaborator on, but it's also an incubator for new businesses and ideas. If it has the PopCult brand you know you can expect a certain feel, but each compartment can run independently from one another. If something succeeds, awesome, and if not, it doesn't damage the other businesses. Prior to PopCult I had another rather sizable creative business and I was a graphic designer before publishing or apparel, so it just made sense. I've never been able to keep everything in one little box.


MEB: What would you say is the theme for the t-shirt content?

JB: Topical and pop culture references - so that can be a nerdy sci-fi reference, or it can be a satire on the latest celebrity nonsense. There are a lot of online shirt retailers and each has its own flavor, so I think where we stand out is our treading into political or world news territory. We don't want to get too heavy or anything, but the NeoCon shirt is a good example.


MEB: Are more shirts in the works?
JB: We are stocked and ready with over three months worth of ideas and designs. We're getting ready to upload the next one tomorrow.


MEB: What has motivated your move out of comics and into other avenues of media?

JB: You mean besides the business tanking? Haha. No, I've been more than vocal about our situation there and since then I've even warned of a potential collapse of the whole comic book business in February. With Borders going under right on cue, it's beginning to unfold. So we're just plugging away building up the digital business, which isn't enough to compare to the old business yet but it is growing. 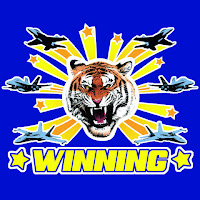 Once I called out Diamond and decided to leave them there wasn't any going back. It's the best thing I ever did.
DDP still has bills to pay and will for quite a few years - So far we've knocked about 60 or 70 parties off the list. Only a million or two to go.

The better PopCult-Tees does the better everyone will do. Or in other words - WINNING!

MEB: THe "WINNING!" shirt is my favorite and I don't even really care for the whole Charlie Sheen hoo-ha!! Haha, tell me about your blog, www.JoshBlaylock.com

JB: As far as the blog, it's where I post frequently on all sorts of things, but mostly on the business of pop culture and comics. The theme is "The Business of Creativity."